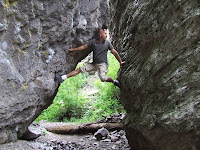 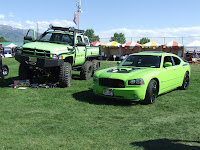 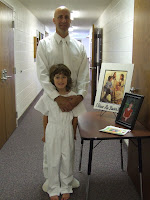 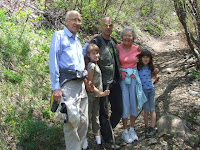 Wow, summer is almost over and we haven't been able to do all the things we wanted to do. We had some fun taking the boat out a few times to go fishing and pulling the girls behind on the tube. Stan made some attempts to wake board. He'll get it! Stan had some fun six wheeling out at the Snakes with 4 Wheeler Magazine Editor Robin Stover. The girls and I have spent time playing with cousins. We even spent the night and went on a hike up to Timpanogas Caves with my sister Heather visiting from Virginia.

We also spent a weekend to go back and visit Stan's parents and hike around the mountains we miss so much! Marin also was baptized in June. We are so proud of her! We also had some fun at a car show! The girls got their faces painted and got to go on some rides while Stan walked around to look at all the cool cars!

So summer has been fun! Marin reminded me that only a month into summer vacation she needed to be back in school year round so she wouldn't miss out on learning! I think that is wonderful. Kelsey made a trip back to New Mexico to visit her mom and Bill and do some horseback riding. She had a good time. Twiggy is back with us again in all her cuteness!

I hope everyone has had a rewarding summer! We enjoyed ours even though it wasn't long enough. We hope to get some more fun in before the colder weather sets in!
Posted by Prueitt Family at 12:25 PM No comments: 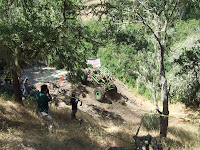 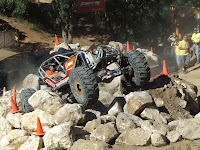 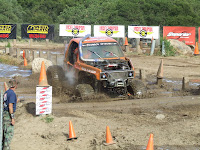 One of them even had a baby! The girls would have loved to be there to see them!

Then we got into Hollister. Nothing eventful until Day 3. That is when the competitions started! First was the Tow Test, then Frame Twister and Mud Pit. Day 4 was the Obstacle Course. That was knarly. Stan was the key designer on one particular section. It broke 4 vehicles! Then they trucks competed in the Hill Climb, which I didn't see. Stan said most of the vehicles rolled over! Crazy! Then was the Mini Rubicon where they climb over huge boulders. The 5th day was the Tank Trap. One buggy spanked the Tank Trap in 3.30 seconds setting a new record.

The trip home was uneventful but we were so glad to be home!
Posted by Prueitt Family at 2:16 PM No comments: 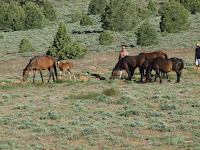 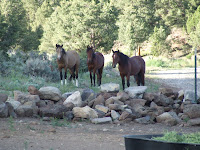 So here we are. We made it through another school year. Kelsey graduated on the 24th of May with flying colors! Now she is focusing on welding classes at the Ogden Weber College of Applied Technology. She is very good and excited at the options this skill would bring her in the future.

Ethan has finished his 3rd year of school in the field of Political Science. He has a job for the summer and is doing very well.

Stan and I went to Hollister Hills, California for another year at Top Truck Challenge! Marin and Korina stayed with Grandma and Grandpa Bingham for 9 days. They were bummed they couldn't go with us this year. TTC was definately full of excitement this year. Lots of carnage! Our first day was eventful. We stopped in Carson City, Nevada to stay the night at a friend's ranch in the hills. The hills reminded me of Santa Fe with the houses all on 1-50 acre plots. Out there are lots of wild horses that roam freely. Our friend Jack even has hay and water out for them and they would come out to the homestead several times a day. We actually got some pictures of them!
Posted by Prueitt Family at 2:00 PM No comments:

This year has been full of adventure. Ethan is still attending School down at the University of New Mexico where HE landed a job as an RA. The Perks to the job are; He gets his own private bathroom, hot and cold running water, and free food!!! He also gets some pay on the side. He is doing well in his classes and he spends his free time playing computer games in either his bedroom, or his bathroom…yes he has a gaming system in his bathroom so he will never miss any action.

Kelsey is attending her last year in High School at Bonniville HS. She spends half her time at the local community college where she is working on her associates degree in cosmetology. She is also taking welding classes at the HS, and she is the star student. In fact she has become the assistant to the instructor. Her welds are great. Her Dad has been trying to get her to build him a Rock Crawling buggy as a school project.

Korina is in fourth grade and her artistic ability continues to grow. She is also in Choir. She loves it along with learning the piano. Korina has written several books already, and she has ever made a book about the animals she has discovered or invented. Creatures like the Penguin-horse, or the lion-horse, or the griffin-elephant-kangaroo horse ( can you tell she likes horses).

Marin is in second grade and is very smart. She reads as if she was in middle school, and she is very gifted in Math. Fractions, decimals, and multiplication are boring; She is working on some quantum physics problems for some students at the University of Utah.

Shawnette is now working part time at Columbia Elementary School in the admin office. She gets to help with all the office functions and help the nurse with all the bloody noses, broken bones, splinters and other playground injuries. She misses working in her field of Interior Design. She had a large firm try to hire her for her design talent, but the economy took a down turn and the job fell through.

Stan still is Director of Process Improvement at the LDS Church Headquarters. His year started off great with Adventure Races, Truck Races, and Backpacking and then he gave it all up to spend some choice time in the Hospital and several month just laying around being dead weight ( he claims he was healing, but he was just a lazy bum).

Posted by Prueitt Family at 2:58 PM No comments: 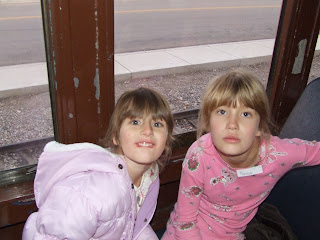 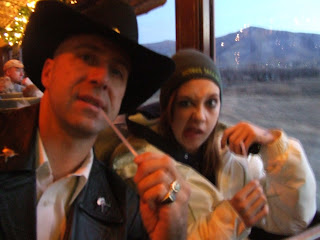 We finally finished our greenhouse and lap pool. Yeah! Landscaping our new yard and putting in a pool have been our challenge in the new house this summer. We are now able to relax and enjoy our home. We are getting ready for Christmas and the halls have been decked. Kelsey is living with us and settling in nicely. She has been making friends. This last week we traveled up to Heber City to embark on the Polar Express to the North Pole. The girls were dressed in their pajamas. We were welcomed by the conductor for our 1 1/2 hour ride through the Heber Valley. We were served cookies and hot chocolate by elves while we listened to the story "The Polar Express". We reached the North Pole where we were greeted by Santa Claus and the children all received a bell. This was a very memorable experience for the girls as well as Stan and I. We hope everyone out there has a wonderful Christmas holiday season.
Posted by Prueitt Family at 3:18 PM No comments:

Here we are in Utah. We are finally settled in and I wanted to start a blog spot so everyone can view our new house and keep up with the Stan and Shawnette Prueitt family.
Posted by Prueitt Family at 3:41 PM No comments: